Random thoughts about Ratts in the shower

Do you ever have like the most random things pop in your head in the shower? I did today, only I guess it wasnt that random because it was triggered by something I was reading, but the memory was pretty random and something I havent thought about in like forever.....

This morning I was reading a couple of pages from Nikki Sixx's "Heroin Diaries" and he mentioned Robbin Crosby from the band Ratt and his freindship with  him and how he died from AIDS contracted from dirty needles. I was thinking about this as I showered because I remember hearing of Robbin's death and assumed the AIDS was from his promiscuous rock star lifestyle. It never crossed my  mind it was from dirty needles.

Anyway as I was thinking about him and Ratt, I remembered the one time I went for a younger man. I was in 10th grade and he was in the 9th, lol. He was a huge Ratt fan, and I really loved hanging out with this kid...we just connected. He was also going to my youth group at the time (a very short time) and we just really hit it off. We ended up going on a "date" although our parents didnt see it that way, Im sure. 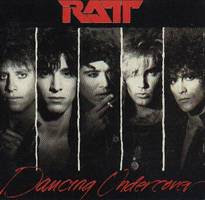 We went to see Poltergiest 2 (I think-it may have been the first one, it was one of the two though). I remember eating a candy bar and going into the bathroom and throwing up for some reason. I remember his mom picking us up at the movies and dropping me off at my house.

I also remember that a week or so later, he broke my heart. He didnt want to "go out" anymore, he just wanted to be friends. He never really gave me an answer as to why. Now I strongly suspect his mom had something to do with it. And I can't say I blame her...I wouldnt want L "going out" with someone like me when he is ninth grade either! Im sure his mom thought he was a lot purer than he really was though. Thats the way it usually works.

Anyway, I had not thought about that in a long time. For as hurt as I was, it sure didnt matter to much as I grew up. Teenage angst sure sucks at the time, but eventually it fades away. Getting teenagers to understand that though is like pulling teeth. So I wanted to write this memory down somewhere so I can reflect back upon it when L is a teen (in a year and a half!) so I can remember how some of these things felt.

So now that Ive wasted a minute of your life you will never get back......can you remember a time of teenage angst that you thought you'd never get over, but did?
Posted by obladi oblada at 7:57 AM

I didn't have much teenage angst, but I had a ton of emotions. I was an emotional wreck as a teenager. Crying hysterically over small things, getting upset over the tiniest insult. I am really glad I got over that.

And yes, random thoughts do occur to me in the shower!

I so want to read that book!

My whole teenage years was all angst...LOL! I grew up in the grunge era...It was as if Kurt Cobain was in my head...

I did have a boyfriend who was the reason for most of my angst...He gave me most of my good teen memories and many of my bad ones...

I remember calling a radio station like 20 times as a kid so that Ratt's song Round and Round would be the #1 song of the day. I think I needed more supervision back then.

As for your question, my whole high school experience is one that I thought I would never get over--it is simply laughable now.

I'm still not over my teen angst. My bff Esther and I used to call it ANGST SURFING and always wondered why we couldn't get gym credit for it....

You know how some people say that they loved high school and wish they could go back?

Yeah...I've always thought they were crazy.

I disliked jr. high and high school intensely. Part of that though, is that I didn't have very good skills for dealing with conflict. So I would feel upset a lot of the time, but not know how to process it or deal with my friends when they disappointed me. That's one of the skills I have learned as an adult, and one that I hope to teach my kids.