When I did the post on favorite books, many of my favorites are memoir type books. Most of the time that is what I perfer to read. I just got done reading the "Heroin Diaries" by Motley Crue bass player Nikki Sixx. Its non fiction and is taken directly from his diary during 1987-1988. The year I graduated  high school (1987). 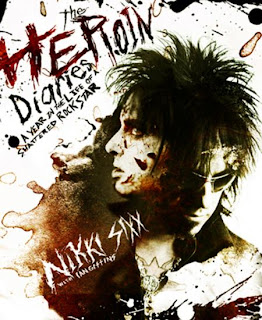 I love this book and it has earned itself a place on my favorites shelf, and gets five stars (out of five). Its shockingly honest, as a diary would be. Its amazing that  he didnt cut anything out, because good heavens there is just some things that fall into "TMI" in it. It is as real as it gets. I knew rock stars lived a certain way, but honestly, even having that knowledge already, I was shocked by some of the things Sixx puts out there by publishing his diary. 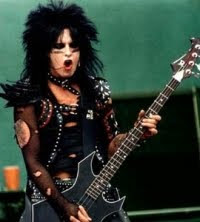 I feel that anyone thinking about dabbling with drugs may change their mind after reading this book. I also feel that someone struggling with addiction may gain some insight as well, as Sixx touches on most of the excuses and feelings that are present when faced with the option of seeking help.

It takes a look into Sixx's childhood and the pain he feels from events in his childhood is as raw as it comes as he expresses it in his diary. From now on when I read a memoir I will wonder  how much more the author would be telling us if it were coming straight from a personal diary. 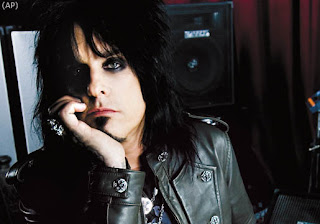 Occasionally Sixx lies to himself when he writes in his diary, but that is usually about drugs and it is plain to see that  his addiction is penning certain entries.

It also has writings in there, following some of the entries,  from the perspectives of people who were around Sixx at the time, and how they viewed his state at the time. Sixx himself also offers asides and clarifications on some of his writings as well, elaborating on some of the stuff that the diary does not make clear to an outsider. 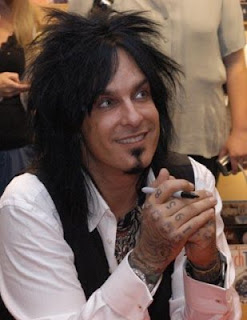 Posted by obladi oblada at 9:45 AM

That sounds INCREDIBLY interesting. I'll have to pick it up. Thanks for the recommendation!

I need to read this. I read the Aerosmith one years ago and it was really interesting.

I read the first 3 chapters on line! I have wanted to read this book ever since! Did you see Scott Weiland's Wife has a memoir out too???

Christiejou: No I didn't know that.that would be a good one. I want to read Anthony Keidis' book ttp.