This question wasnt too hard, although I love many books. I just went to my shelfari and shazam!....my favorites are all listed there, so there wasnt any thought required, and these days I am all about not thinking (wait...that doesnt sound right).

I have a pretty eclectic taste in books (just like music, I guess). I dont read Westerns or those Romance novels. I'll give pretty much anything else a chance though. My favorite things to read are memoirs. Ok here is my list:

First of all...The Bible. There is no other book that I depend on and try to live my life by (though I fail constantly) than the Bible. That being said....here are the rest.... 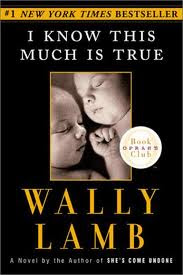 I Know This Much is True-Wally Lamb.
This is a very long book. Its huge, but well worth it. It is about the life of twin boys growing up in the 50's and 60's, with a loving mother but a step father who is rather hard to live with. It follows the twins through their lives as they come to grips with one of them being diagnosed with schizophrenia and the healthy twin's struggle to come to grips with it as well as with his own demons, his stepfather, his girlfriend, ex wife, and loss of an infant, as he vows to take care of his brother for the rest of his life. 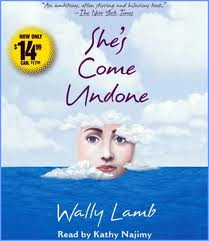 Undone-Wally Lamb
Another Wally Lamb book that I absolutely adore. Its about a girl who encounters a horrific event in her young life and how it destroys her until she finally ":comes undone" and fights her way back to something that resembles normal. Funny and at times heartbreaking. 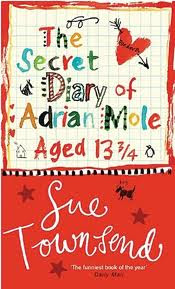 The secret Diary of Adrian Mole Aged 13 3/4-Sue Townsend
A must read for those who love British humor and coming of age stories, although this coming of age is quite different. Laugh my butt off every time I read it.

The Catcher in the Rye-JD Salinger
Despite this being the book that supposedly (in his warped mind) encouraged Mark David Chapman to asassinate John Lennon after he asked the Beatle frontman to sign it, I love this book. A coming of age book about a boy who temporarily loses his mind. Wanna know something stupid? I found a hard cover of this book, an early edition, in a second hand shop and some wise guy had written in the inside of the cover: "To Mark, enjoy the book, Love John". Im serious. Jerk. Maybe they were going to try and sell it as THE book that Lennon signed before he was shot. Im sure that one is in an evidence bag in NYC. 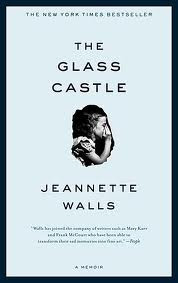 The Glass Castle-Jeanette Walls
The memoir of a girl who grew up with mentally ill parents and the life that she and her siblings had to live with them. Running from the law and social services, living in extreme poverty and enduring abuse of all kinds until they were old enough to work and save money to get all three kids, one by one out of their situation. A story of survival for sure. Beautifully written.

Blackbird-Jennifer Lauck
Another great memoir. A tragic tale of a young girl's life. The stuff that this young girl endures is incredible. Even more incredible that she was able to heal from it. There is a sequel to this book too. I read it because I had to know what happened in the rest of this girl's life. 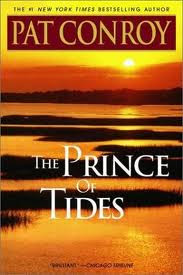 Prince of Tides-Pat Conroy
I love Pat Conroy's stories. You may have seen the movie of the same title. Dont judge this book by the movie though. The book is full of rich goodness, and I love the way Pat Conroy writes about the south. I can taste the food, hear the bugs, feel the heat, and smell the watere the way he describes it. The book is about a man's quest to find answers to his sister's illness, and remembers many things about growing up in his family along the way. 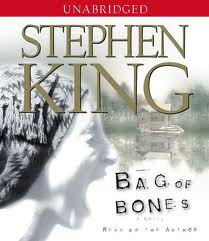 Bag of Bones-Stephen King
My second favorite horror writer, but one of my favorite all time authors. This book is a haunting love story. At once frightening and a heartbreaking. Ive read many King books, and this one is by far my favorite. 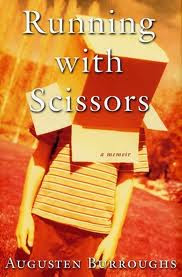 Running with Scissors-Augusten Burroughs
I really enjoy Burroughs' books, and so far this one is my favorite. Again, dont judge a book by its movie. Supposedly a true story, a very weird childhood indeed. Somehow he manages to make it funny at the same time. I love the way he describes his mother in particular and how he felt as a young boy. Its hard to believe there are people in the world like the one's he ended up being sent to live with; its hard to believe they could continue on with what they do for so long before someone stops them. 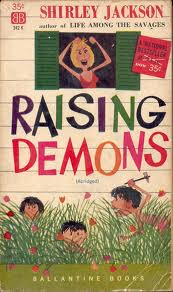 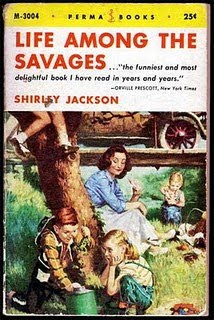 Life Among the Savages-Shirley Jackson
Another non horror book from my favorite Horror writer. The same deal as Raising Demons, just different funny stories about her life as a mother in Vermont, where she always felt like an outsider. 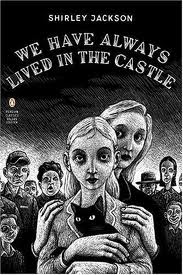 We Have Always Lived in the Castle-Shirley Jackson
Hey whatta ya know? Its an actual horror story by my favorite horror author. Stephen King references Shirley Jackson and her stories in several of his own works. One of his books was dedicated to the memory of Jackson; it read;  For Shirley Jackson who never had to shout. Dont ask me which one of his books, because I dont remember. I do know exaclty what he means though. Her writing is so subtle, the horror is so quiet and barely there..so subtle its scary. She is best known for "the Lottery" an extremely creepy and disturbing story made into an even creepier and more disturbing short film in the seventies, and "The Haunting". I first read "We Have Always Lived in the Castle" in the ninth grade. My friend had read it and passed it on to me. To this day we both love the book. I cant really do it justice by telling you what its about, because whats so great is the surprise of what exactly has gone on in the big house.  It full of subtle creepiness, mystery,madness, strange people and strange relationships. Good old fashion nightmare fuel, as my friend Ryan would say.
Posted by obladi oblada at 8:34 PM

Okay, I haven't read any of these, except for Catcher in the Rye. I did start Bag of Bones, but just didn't get into it. I'm sure I'd like it if I gave it a second chance though. And the Glass Castle has been on my list for a while... she's Come Undone has too. And I just bought Running With Scissors in a consignment store. That last Shirley Jackson one sounds really interesting... I'll have to put that one on the list too!

Some of my faves are The Kite Runner, 1000 Splendid Summers and The Red Tent. Have you read any of those??

Foxy: I havent read those, although I have been meaning to read Kite Runner. Im gonna go put them on my shelfari list now though.