One Hamburger Royale and some Pommes with some of that sauce please...to go.

Meryl Streep can do anything, cant she?

This past weekend my mom and I went to see Julie and Julia, and I was floored by Meryl Streep in this role. I dont know why, exactly, I mean her being a great actress is not NEWS, but I was impressed anyway. The range of acting from the "the dingo ate my baby" movie to this is astonishing, to say the least.

The movie had blogging in it! Which was very cool...my mom (who isnt computer savy, let alone internet saavy) was impressed. "Hey, you do that!".

The movie did have a tiny bit of cringe factor to it though. I had a "I want to shrivel up and die" moment when Julia made an off color remark about a food item's temperature and part of the male anatomy, in the presence of my MOTHER, for Pete's sake. I wont elaborate because A) I dont want to spoil it for anyone and B) this is a family blog (kind of...an ADAMS Family one maybe, hee hee). That is my only complaint about the movie.

Oh, I take that back...the people behind us, had with them a small baby (oh..they are all small arent they?) who alternated between a cootsy wootsy little coo and an ear splitting cry. Now, I LIKE babies just as much as the next person (and in some cases more)but I do not think they belong in a movie theatre. If a person feels absolutely compelled to bring thier infant, the very least they could do is remove same child when it starts being disruptive. Sorry. Rant over. For now.

Anyway, back to the movie itself. It was a charming story line and very funny in parts and made me very very hungry for something that contained REAL butter and not the "chemical yellow sludge" (to quote Enid from "Ghost World" another cool movie)that was oozed onto my popcorn. It made me want to cook too.

The parts that took place in Paris however, made me regret that both times I was in Paris, both in my early twenties, I stayed away from really French cuisine. Yep, Im almost embarrassed to admit it now, but its true. My motto was "while in France, eat all the crap you can get anywhere else!" . I ate at McDonalds (I know! I know!), and I ate pizza and I ate little sandwhiches that you could get at little stands and cafes. In my youthful state, spending all my drinking and souvenier money on expensive French cuisine, did not seem like much fun at all. Besides, how in the world would I be able to afford the cab ride to the Pere Lachaise Cemetary to vistit the Lizard Kind's grave (Jim Morrison, for those of you who could care less)? It didnt matter that I had already BEEN to his gravesite once...I needed to go BOTH times in Paris. Hey, I never said I was particularly bright in my youth (were any of us?). 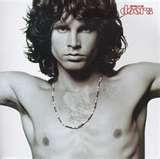 That being said, maybe, just maybe I will try a little French cooking myself...MAYBE. 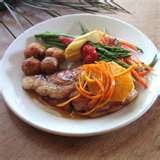 In nutshell...the movie was well worth the outrageous cinema prices. My mom said she enjoyed that movie more than any other movie she has seen in a long time. So, there you have it. Go see it. Now.
Posted by obladi oblada at 12:28 PM

This one is already on my list. Meryl Streep is top notch, for sure... one of the best there is. Did you see her in Doubt? Super intense.

Foxy, no..I havent seen that one. Ill have to look that one up!

I've been eying that movie - may need to see it, particularly now with the high recommendation. The real Julia Child was quite entertaining on her show, I just remember seeing it as a child and thinking she was quite a character. The movie that Meryl Streep did that sticks out in my mind is Silkwood - really like that one!

Yoga: I liked Silkwood too. The Saturday Night Live clip of Chevy Chase as Julia Childs always sticks in my mind...and they show that clip in the movie, funny.

I begin to think that ALL of your posts are Too True Tuesdays!